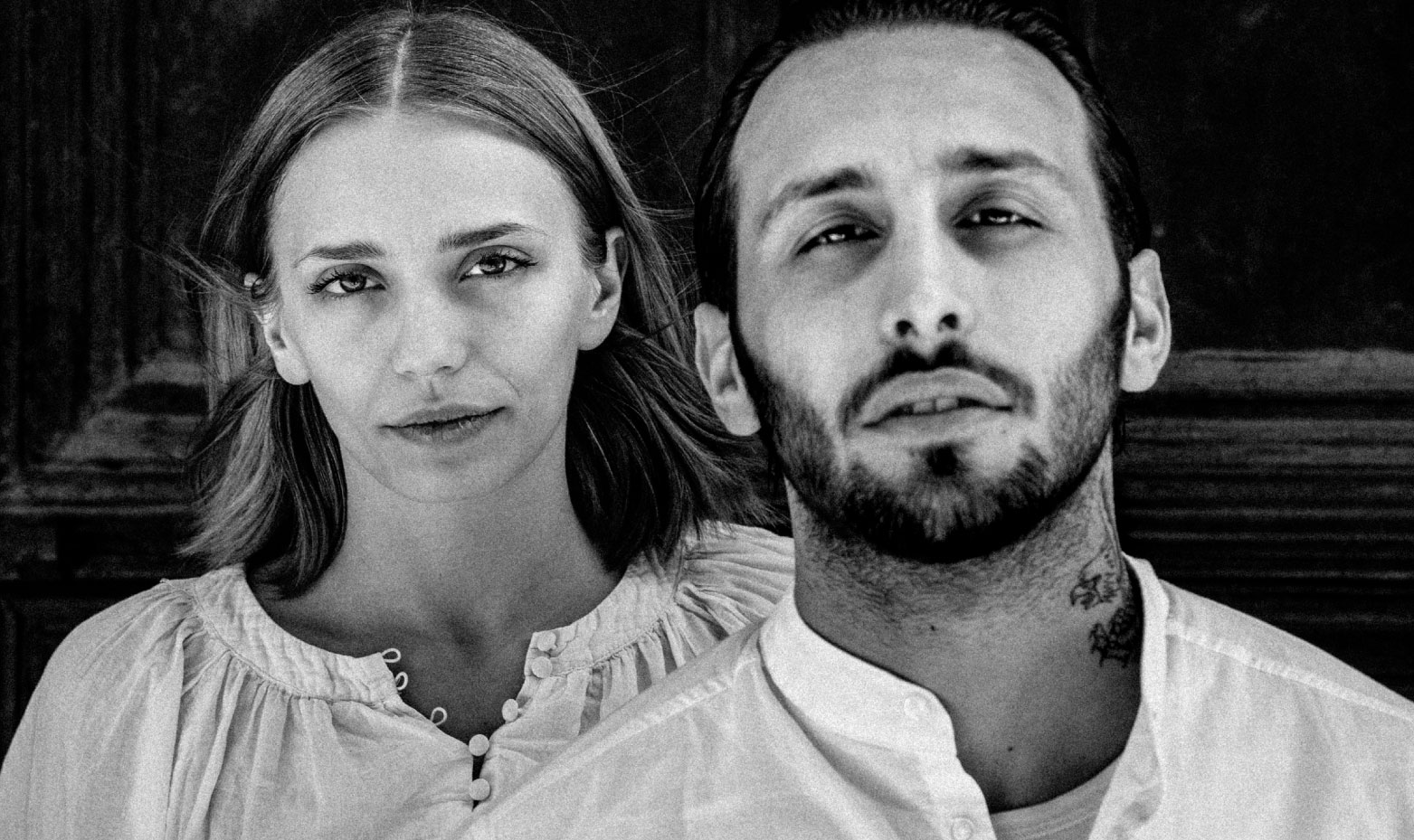 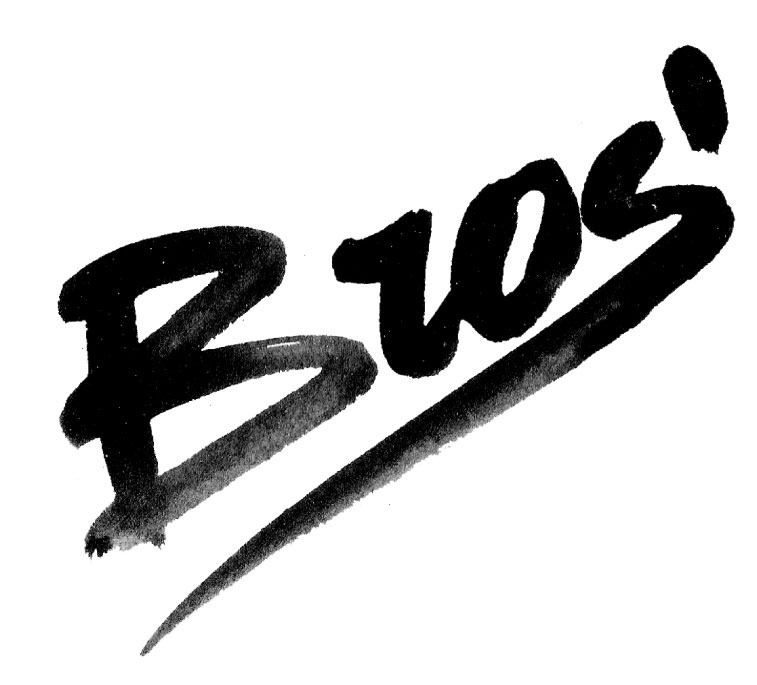 Bros' is a brand that I have been guiding since its beginnings in 2016. It is a restaurant, a clothing brand, a kitchen and food brand, a Rugby team. But above all it is a container of everything that today can be disruptive in Italian and international culture.
It embodies millennials in their being multitasking towards life, while embracing other generations in their passion for quality, know-how and depth of thought.
Bros' is a chameleon, an ever-young Dorian Gray who has made no pact with any devil. All that is beautiful, new, fun, pleasant, sensual, badass, attractive, with attitude: that, is Bros'.


Designing a logo with these characteristics means being in a war of the senses, saint george and at the same time the dragon. it must be so arrogantly bold as to expect to look good on everything.

That is why I chose to hand-paint it, like a stencil, a mural in Little Italy, an imperfect thought written in a Shanghai washroom, a never-fulfilled childhood wish, a thank you said after a night of sex that will not see the dawn of the next day.

It was born from a total identification with Floriano Pellegrino and Isabella Potì, their strong personality and the idea of ​​carving out a space in the world by imposing their own tone of voice from deep inside the backward-looking Italian province, Lecce to be precise.

Once this is understood, it is possible to understand the full path that has led to having today a starred restaurant, a trattoria, a clothing brand, two influencers on the Forbes 30 Under 30 list, constant collaborations with high fashion, gastronomy and automotive brands, a Rugby team, and an interdisciplinary Summit dedicated to entrepreneurs and visionaries. 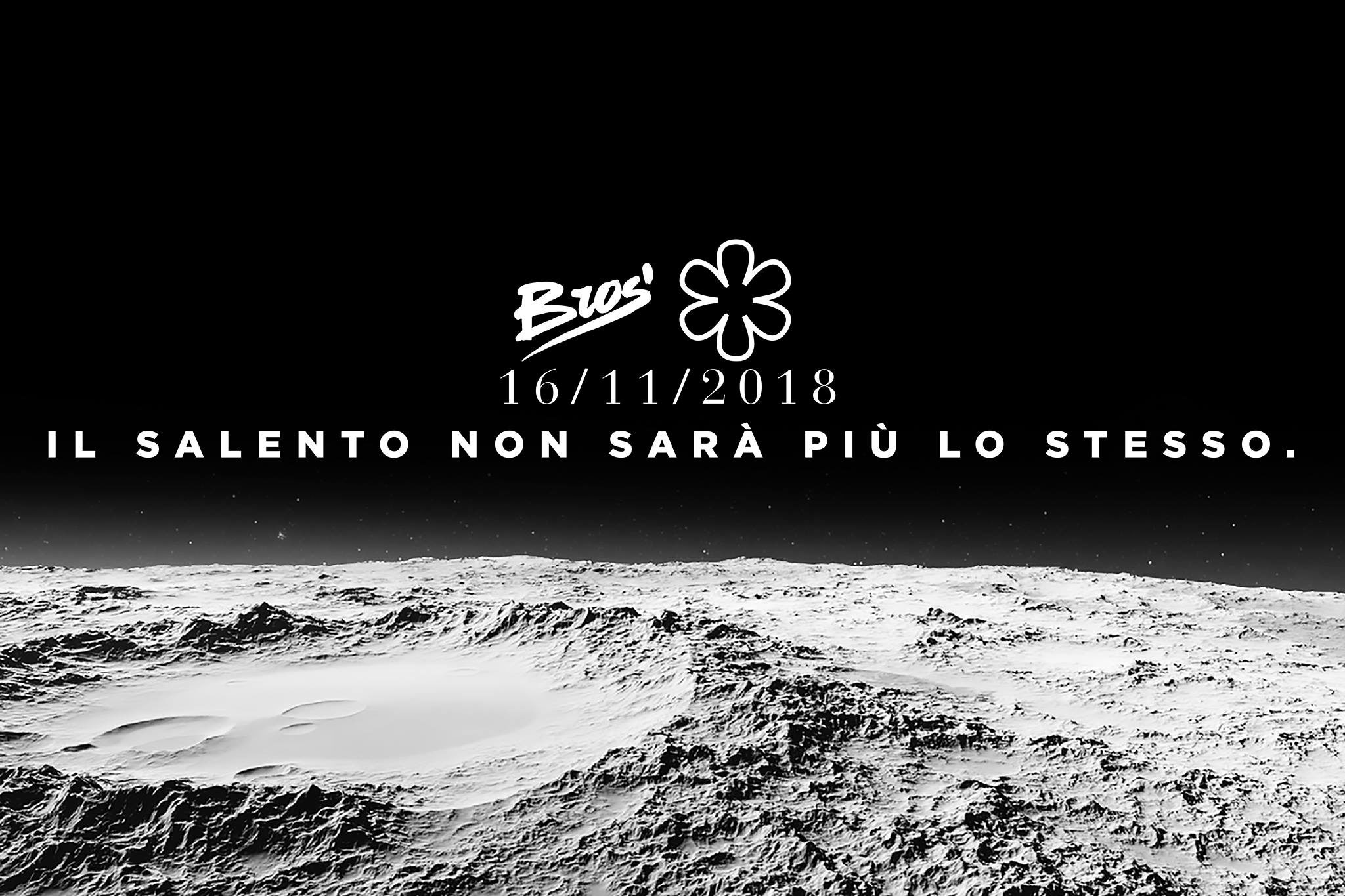 In this endless stream of consciousness my job is to make the Bros' vision tangible, sensual and exciting, to shape the vision in a strategy aimed at constantly increasing the brand identity personified by Floriano and Isabella. 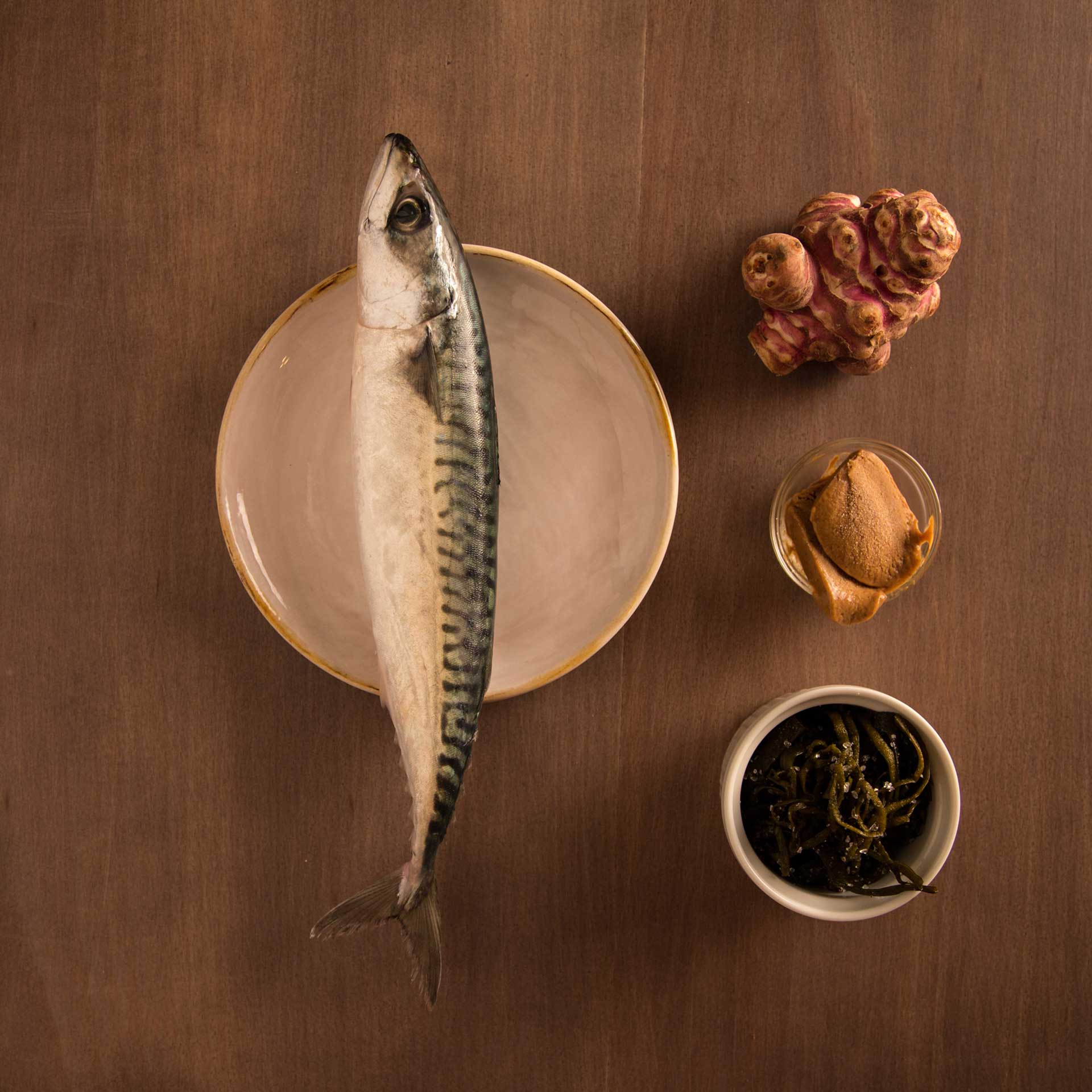 2016 was the year of the launch, the year when we presented the project brand and its philosophy.

The main objectives were to convince people to come and try Floriano and Isabella's cuisine. However, at same time the aim was to distance the restaurant from the rest of the starred Italian foodservice, both from a gastronomic and a communicative point of view.

One of the communication cornerstones was to treat each menu similarly to the release of a music project, with its own communication line and a specific output package, including a photo shoot, a graphic design project, and a video ad. 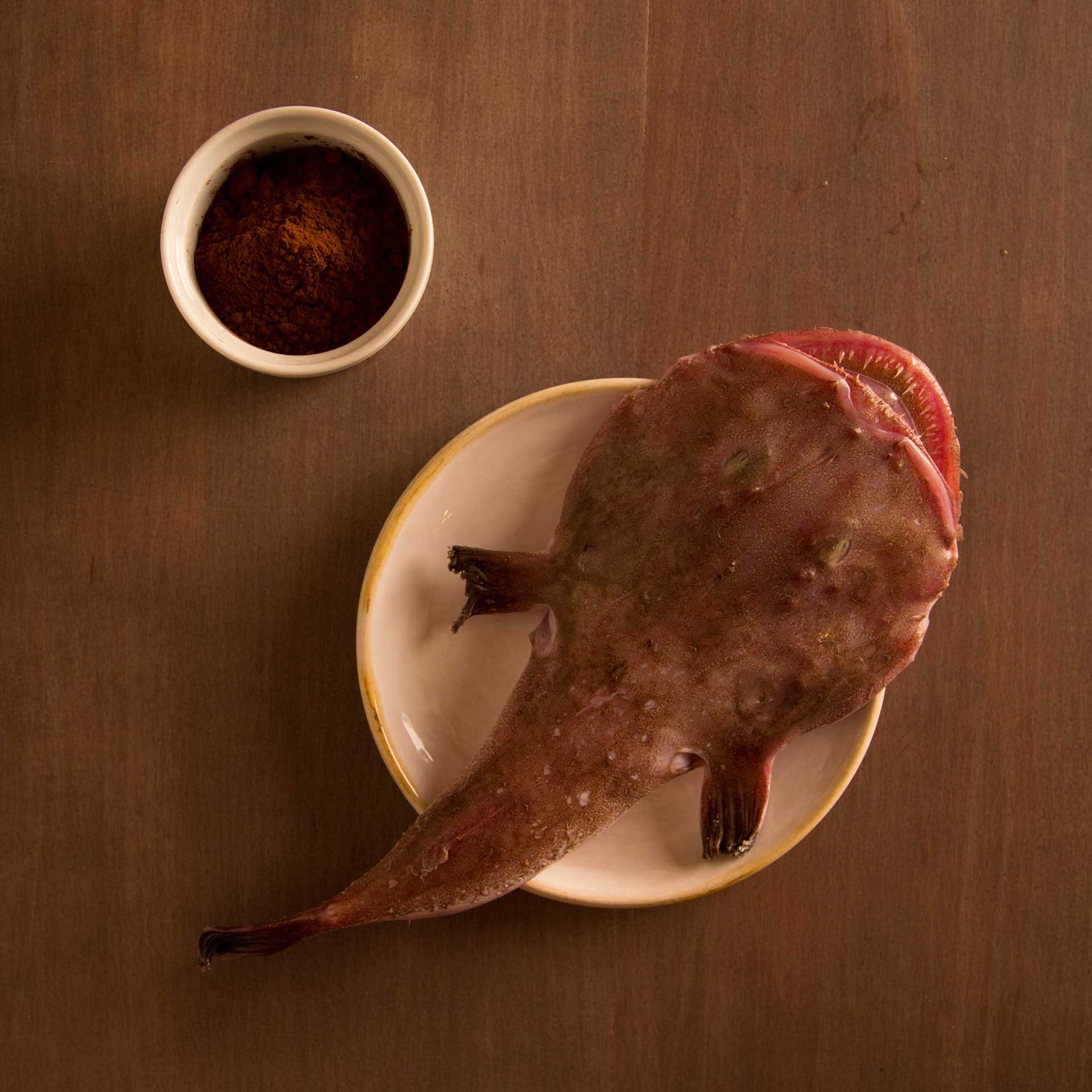 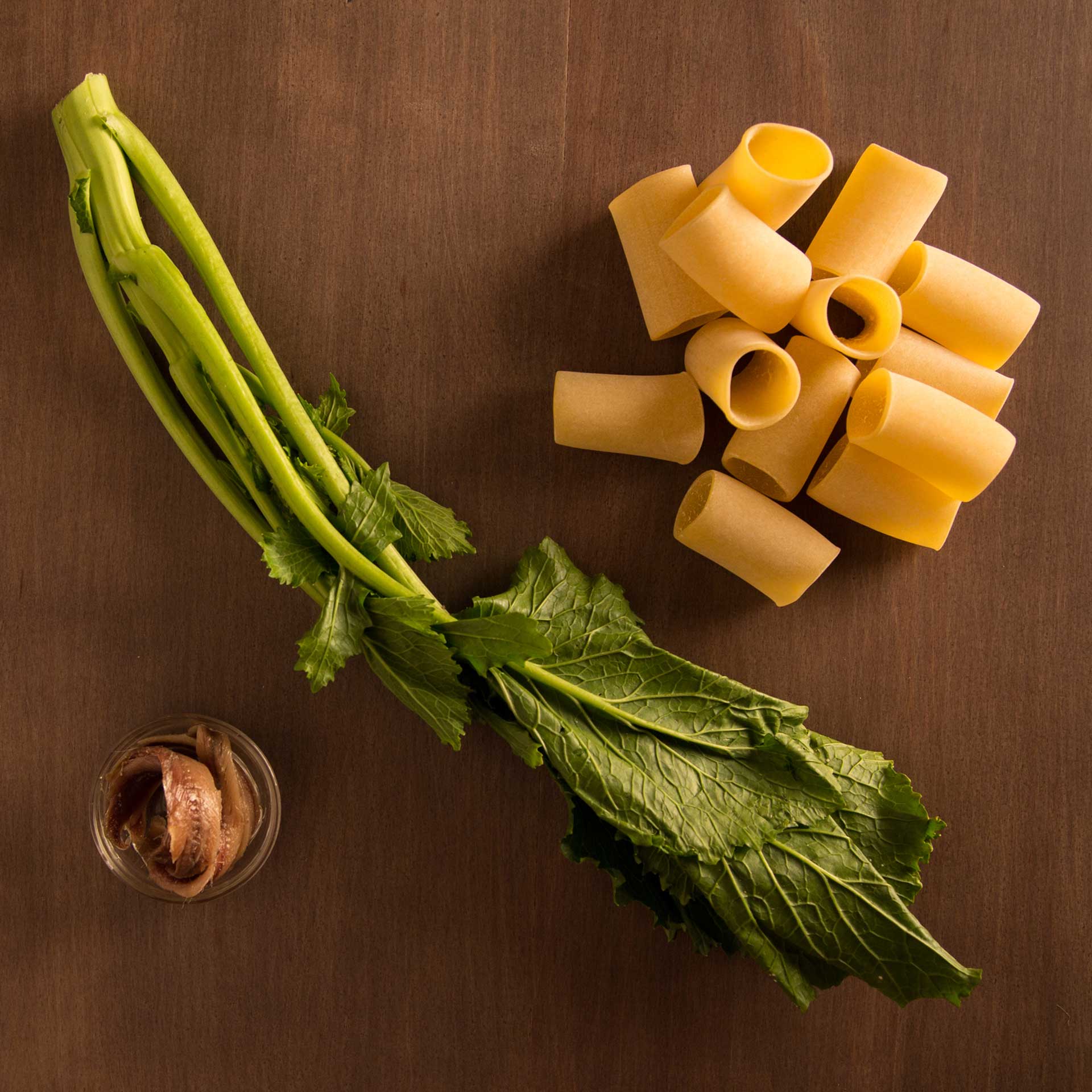 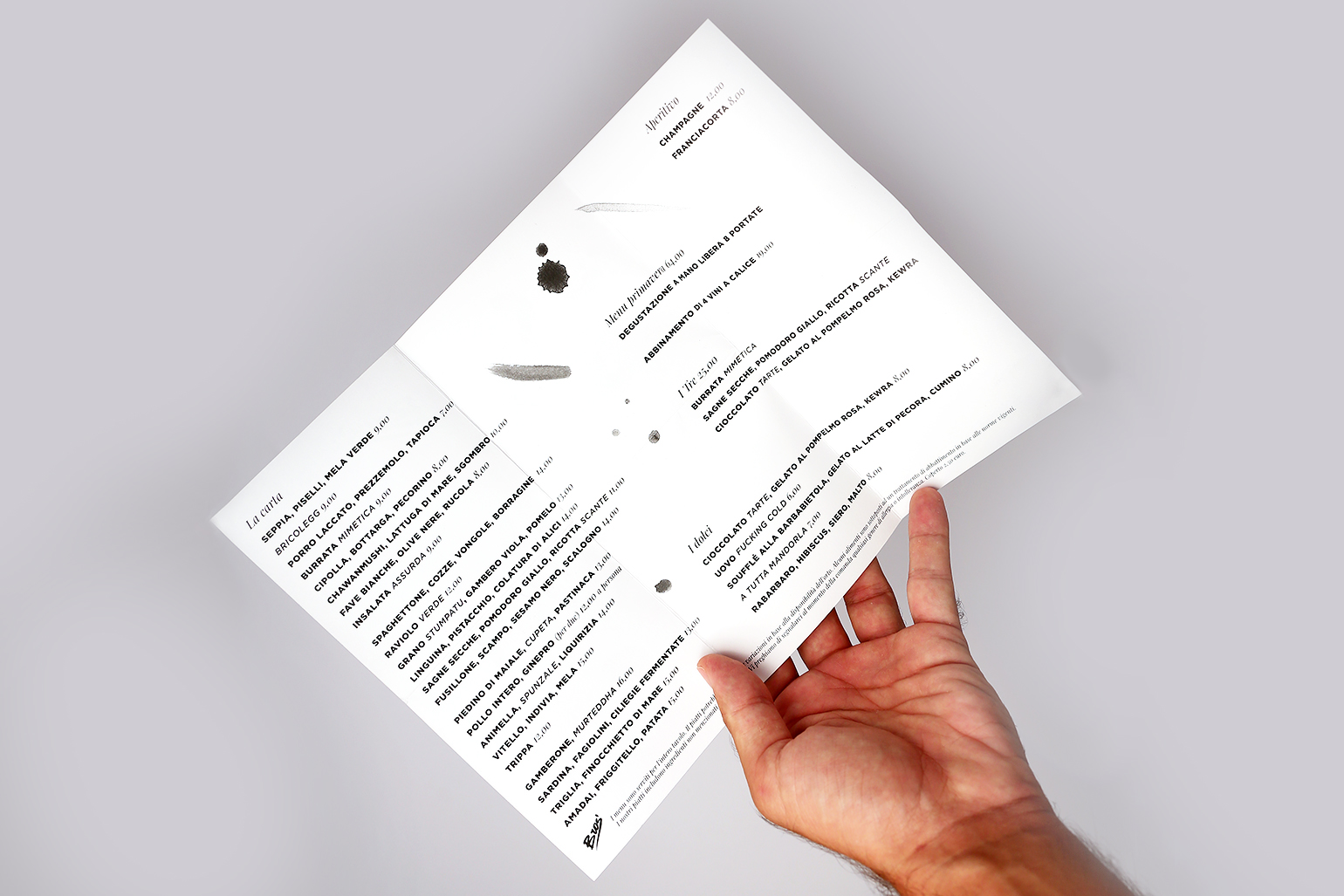 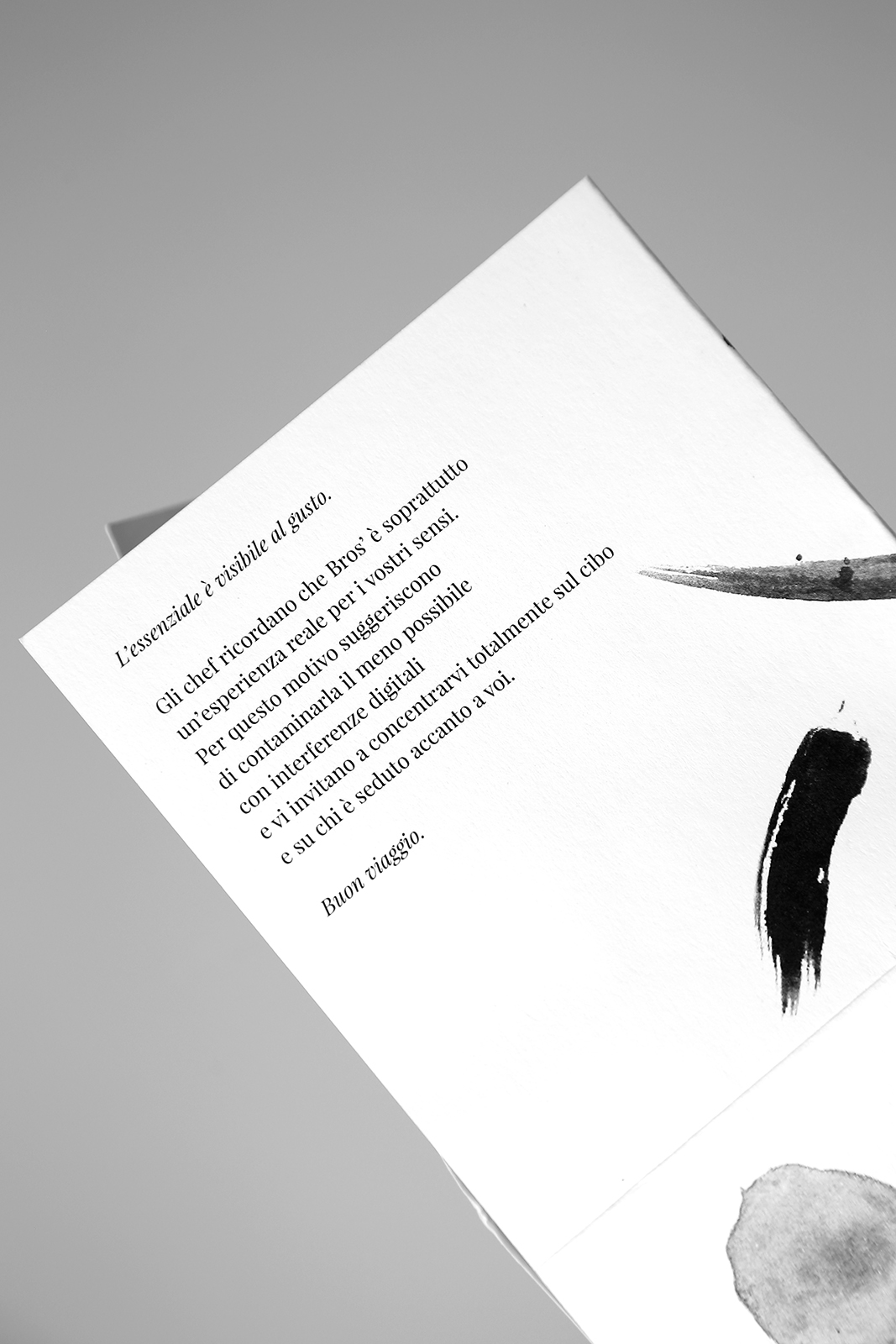 For the first menu, I imagined what the most arrogantly bold and tortured of artists, Caravaggio, would have done had he been the art director of a gastronomic project today. A thought which generated the idea of ​​deconstructed dishes to define a contemporary panoply. As a result, the dishes were never seen finished but only as ingredients. The project was completed with the graphic design of the menu based only on black and white, recalling the brushstrokes of the logo. Finally, the menu was printed on lower-value uncoated paper, to allow the consumer to concentrate on the dishes and not be distracted by anything else.

Cene Impossibili, or Unlikely Dining, was one of the brand positioning strategies at national and international level. For these events I structured a veritable spin-off brand with its own linguistic and communicative codes.

Each dinner is structured through an experiential package that while including brand elements that embellish the experience itself, it contextually positions the brand in the customer's mind. Every dinner-buying guest receives a welcome kit at home that contains the menu, a bros' stencil, and a pen with which to have the chef sign the menu. The experience continues online where the customer receives constant updates on social networks. 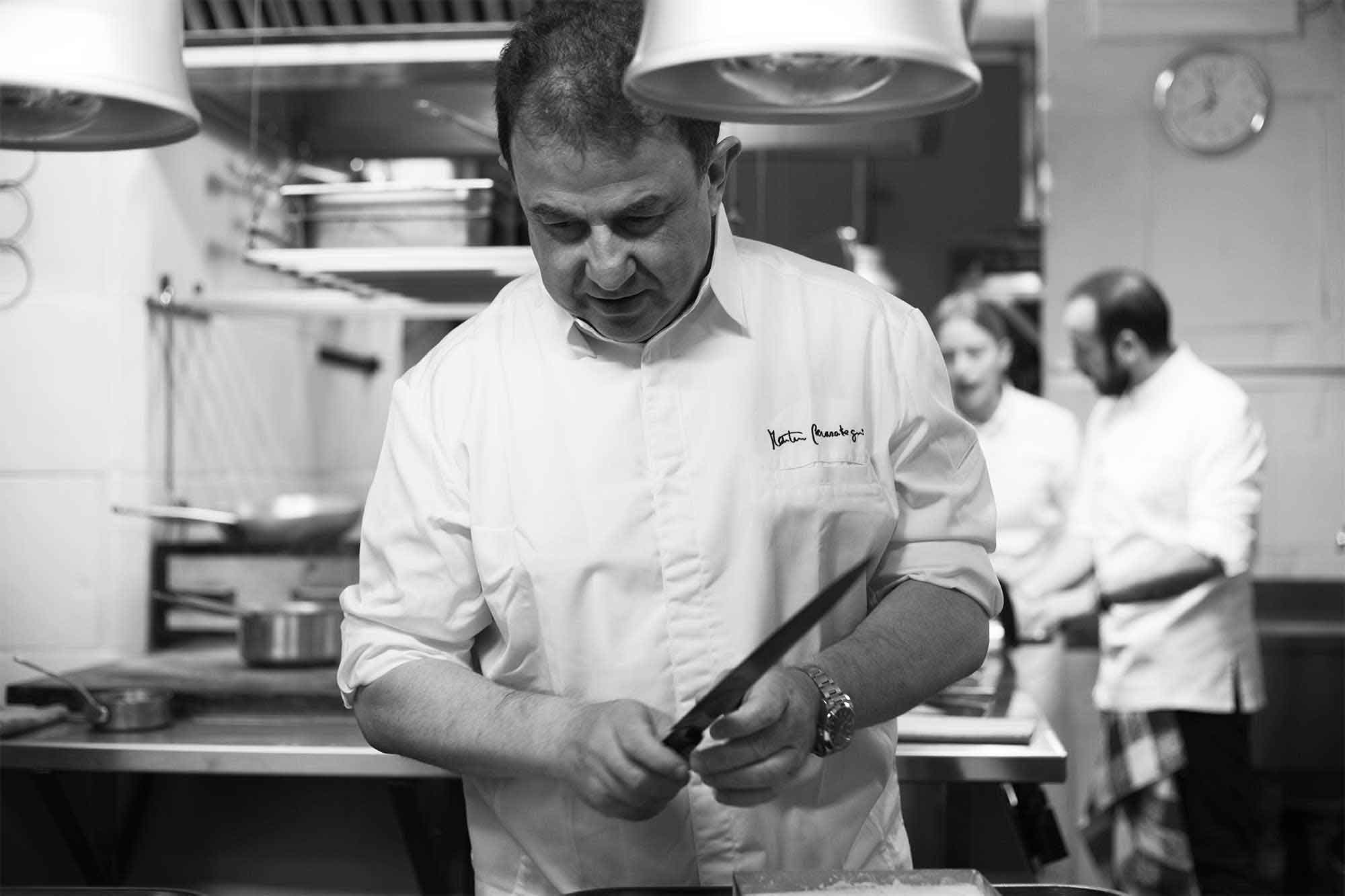 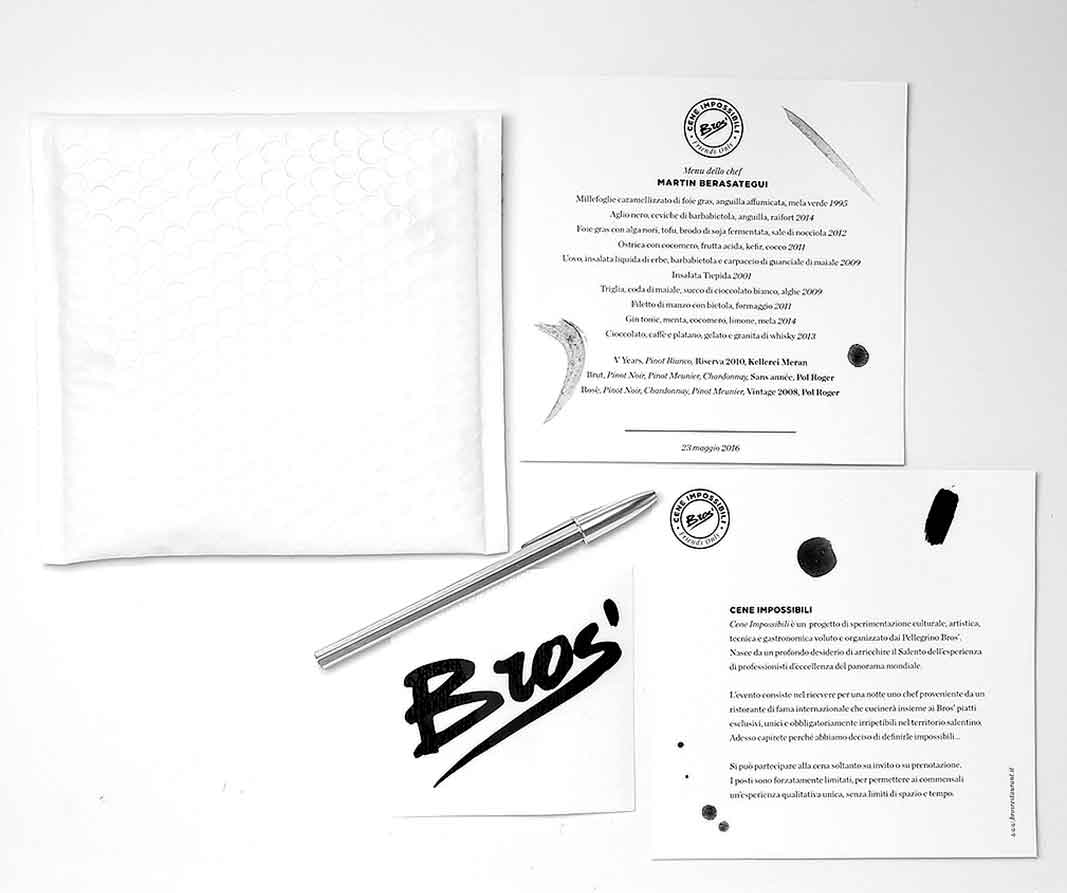 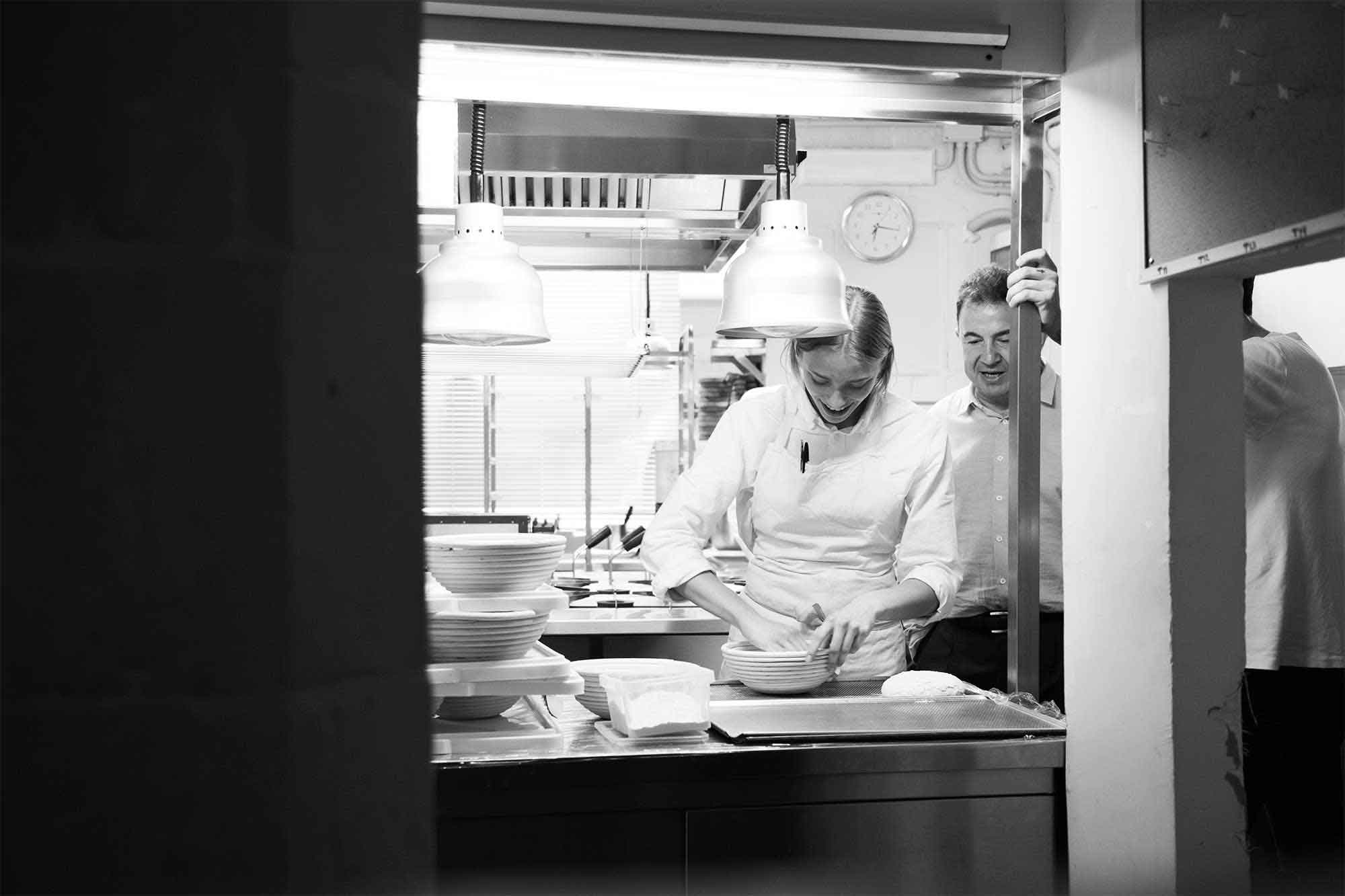 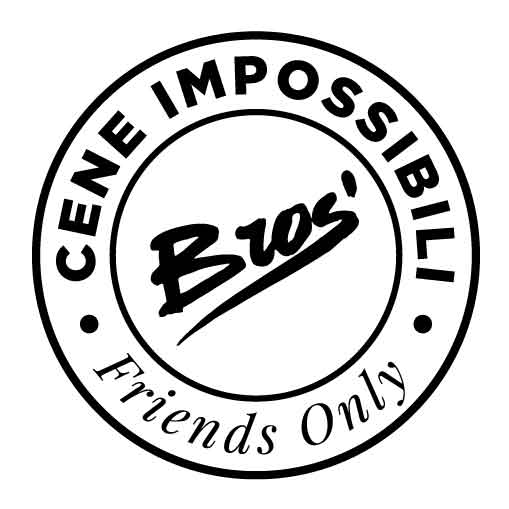 2017 was the year of the presentation of the project in Italy. This was the fertile ground on which I presented the innovativeness of the project, especially so on a communicative level.

Floriano and Isabella’s art, continually being perfected not only as chefs but also as millennials and influencers, was the ideal support on which to implant the commercial communication projects of the events in which they participated.

Each event was used to convey the brand and increase the gap as compared to the rest of the Italian restaurant industry.

The video above narrates the recipe for a kakigori brought to an event. In the video I do not demonstrate the recipe itself, rather, it is the narration of the tomato plant as it has come to us, with its poetic and sensual essence, used in the past as a token of love, so unique in its identity that only in Italy was it recognised as a food plant.

The video Lu sangu nu se face mai acqua (blood never becomes water) tells of the essence of being from Salento, of the blood relationships between the animals, the land and the people. The video was a response to a theme brought to Identità Golose.


The video is an introduction to what would have been the narrative technique used for the whole of the coming year: an aesthetic realism, a communicative language that elaborates on Floriano Pellegrino, Isabella Potì, and the whole project by showing an unaltered reality, as if in a documentary, through finding the intrinsic absolute beauty and elevating it to the dominant subject of the story.

Such a style, while allowing on the one hand to increase the veracity of the Bros' project in the social media channels of reference, it has promoted the surfacing of cultural aspects of Salento that the public had previously been unaware of, both on a national and international front.

In this year, the chefs focused their strategies on closing the first restaurant cycle with the achievement of the first Michelin star in the province of Lecce.

At the same time, a new communicative cycle began which moved on from absolute realism to the addition of a dreamlike interpretation that was necessary in order to narrate a growth in the vision of the project towards greater aesthetic awareness.

All my projects this year pertain to this vision, from the video for The Best Chef Awards, to the videos for the menus where I describe the techniques used by the chefs by means of a pop interpretation.

This is the year of awareness; the arrival of the Michelin star brings new projects ideas. The opening of the Roots restaurant is one of the communication cornerstones of the year.

In this year the relationship between communication and Bros' is further defined with the birth of Metaprogetto, the territory of free research in the field of communication and catering where my work and that of the chefs’ merge to produce constant innovation initially on a conceptual level and then on a design level.


All my creative production this year sets a definitive gap with national and international communication styles, definitely making Bros' a total experiential brand, where the philosophy and the values are the sole constants and any consequent products and services can continually change by adapting to contemporary culture.

I have planted the seed for an eternally young, always contemporary brand. 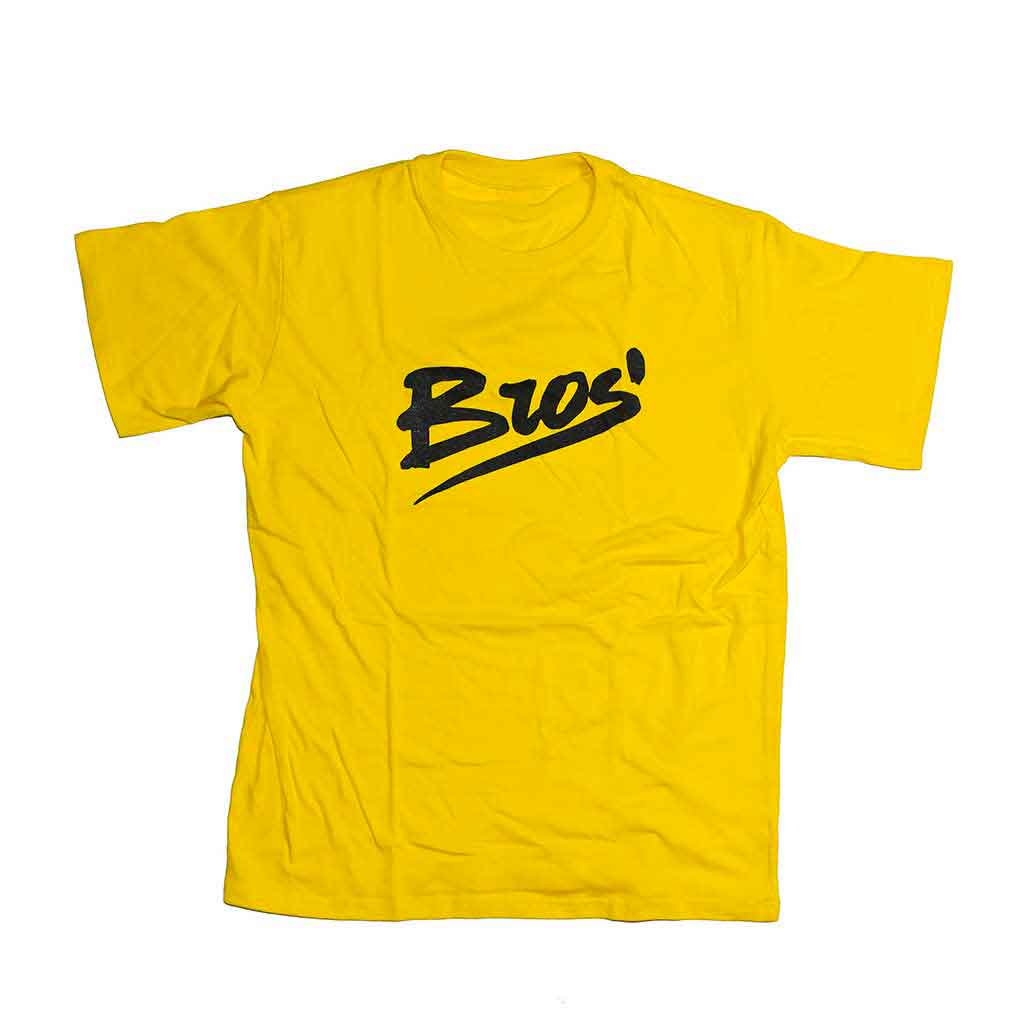 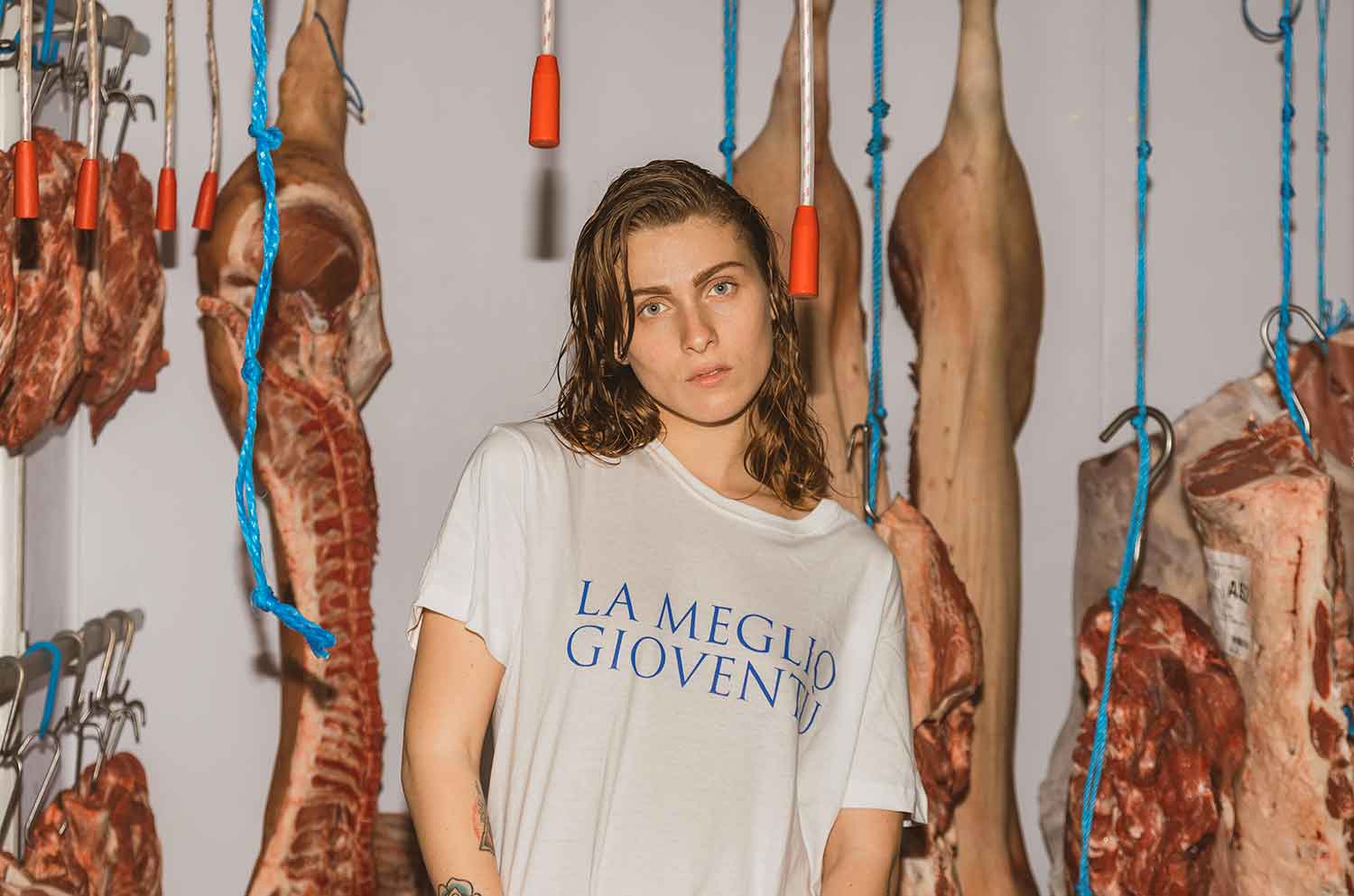 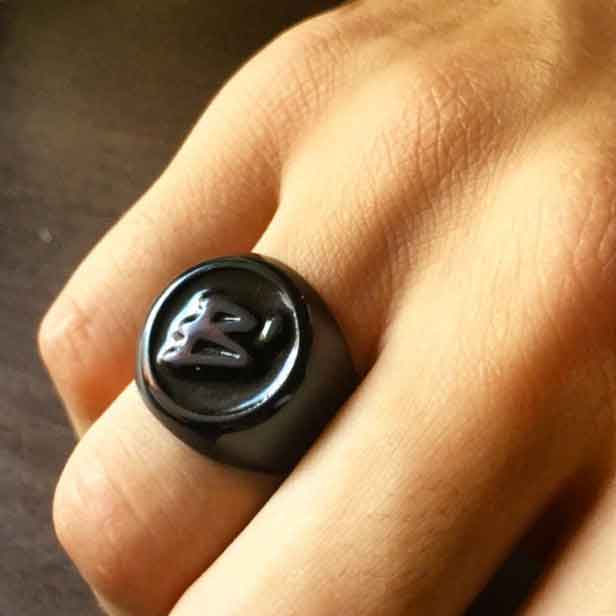 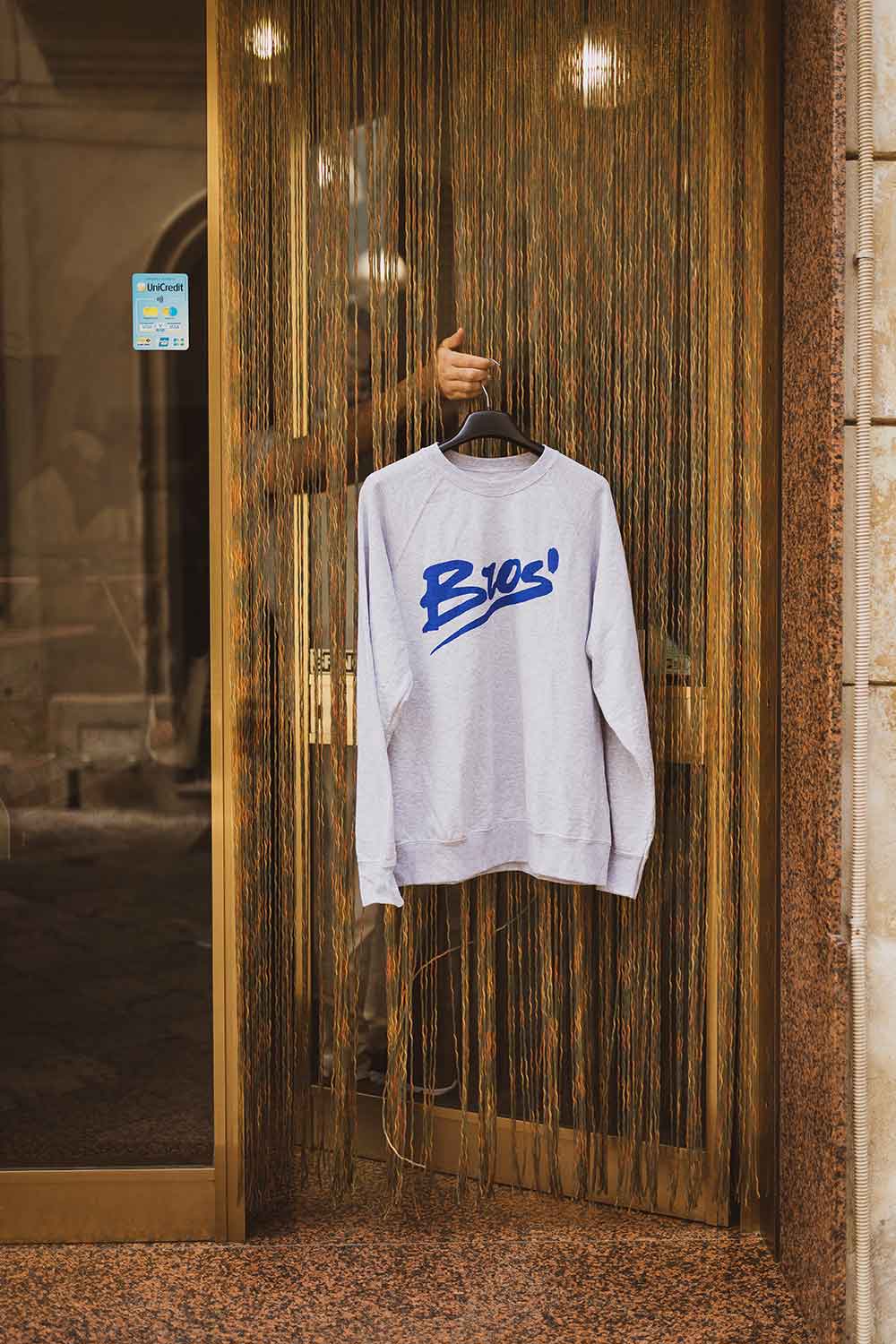 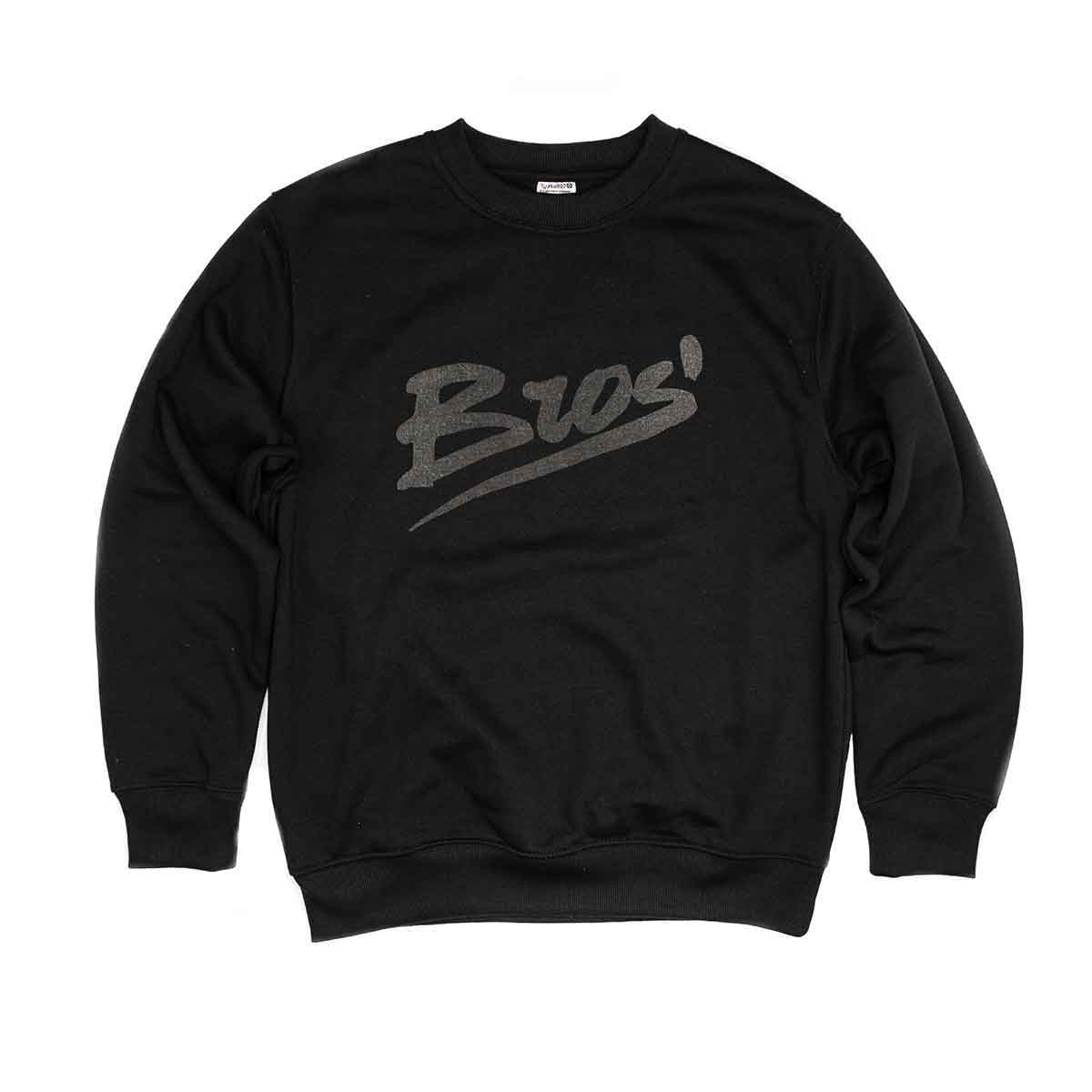 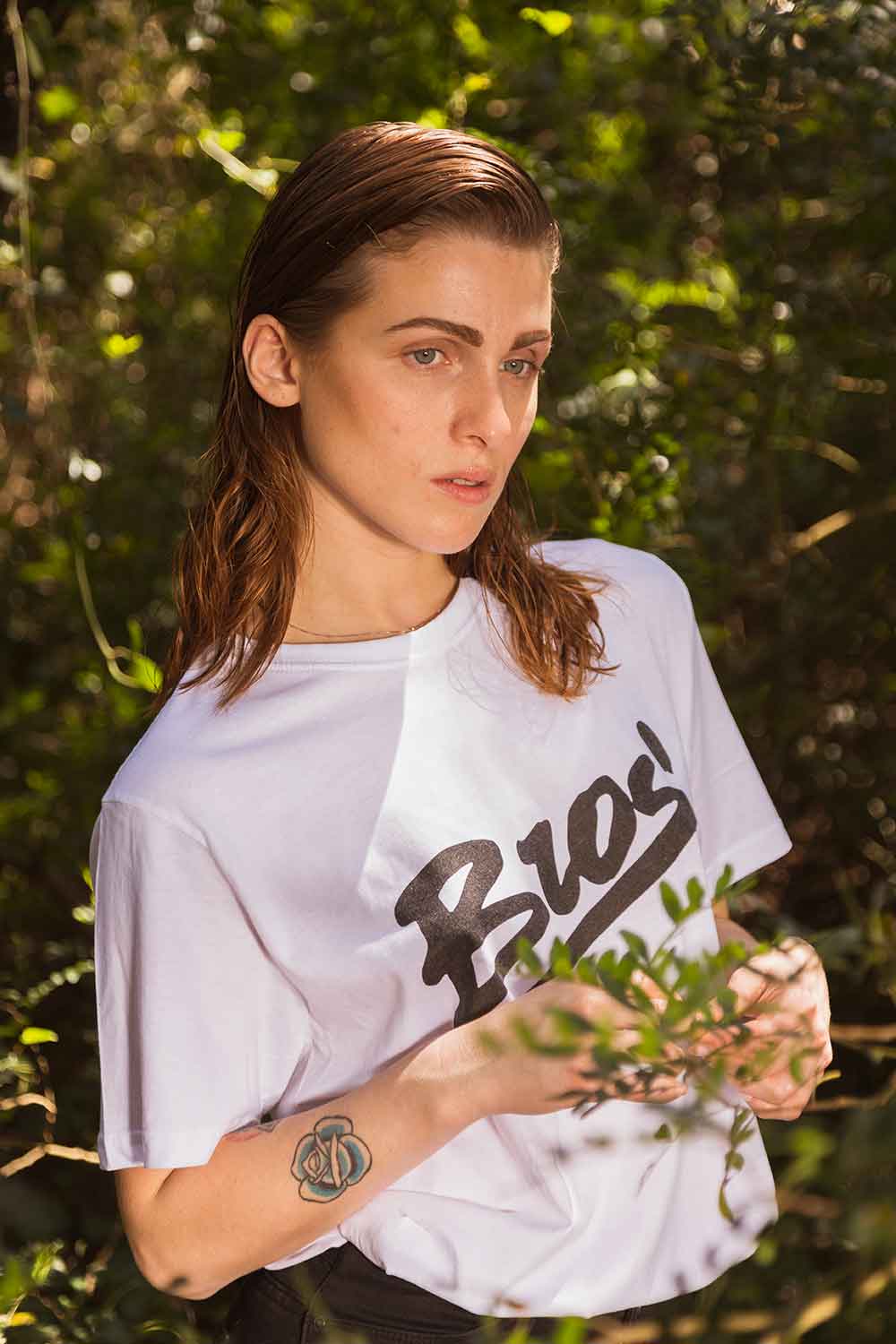 In 2019 we launched the Bros' Apparel project.

It is not only a clothing brand, but mainly an instrument of branding.

Those who for varying reasons cannot participate in the experience, can join the Bros' family by purchasing a product of the Brand. Thus, the number of followers is constantly increased while concurrently increasing the value of the brand, both from a communicative and entrepreneurial perspective, through the differentiation of the services offered. 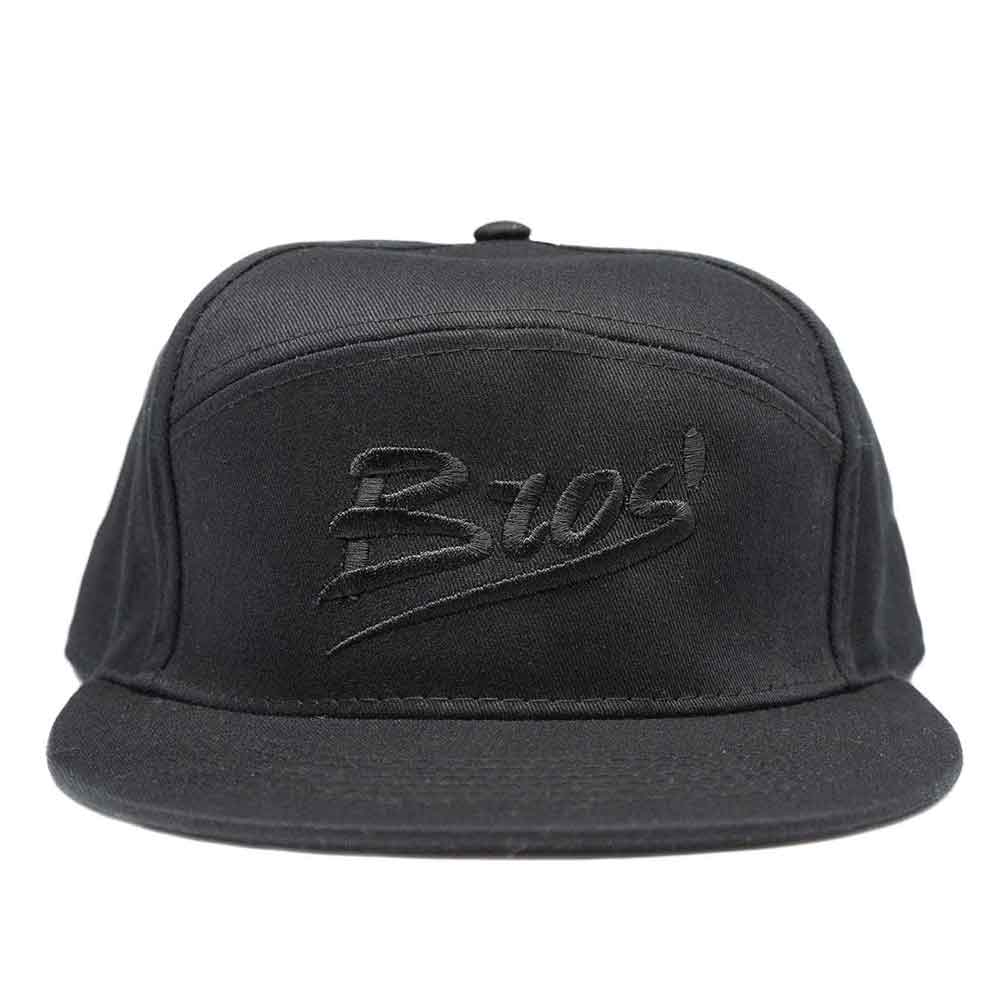 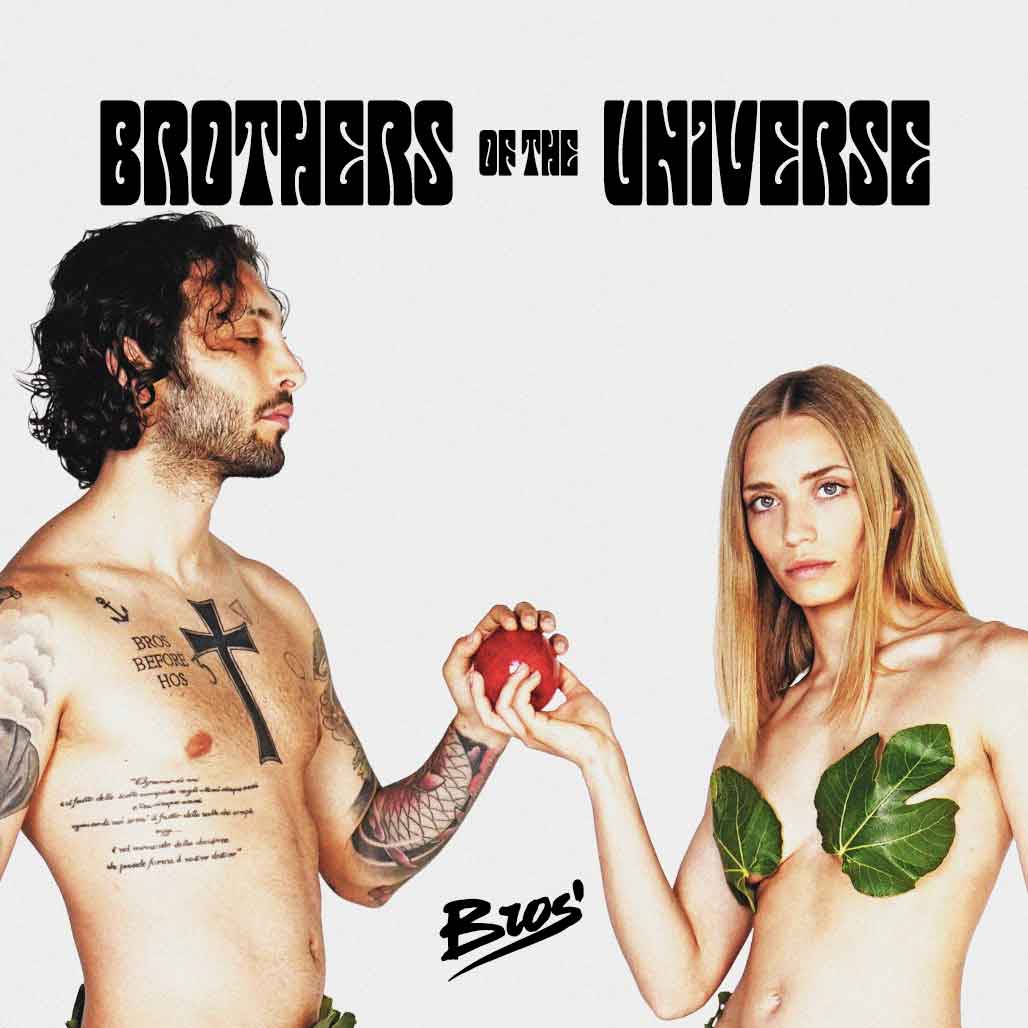 In this year, the company project was further structured by standardizing the projects under the Pellegrino Brothers umbrella, the holding that owns all the brands.

We then arranged the projects as if they were the various personalities traits of a living organism:

During the year I worked with defining the communication strategy of Floriano and Isabella’s personas.

The historical moment that we have overcome, especially the pandemic, has given me the opportunity to release the new project in July, that is, the definition of Floriano and Isabella as the only pair of superstars in the world of international gastronomy.

With the first Brothers of the Universe project, in fact, I definitively positioned them as superstars beyond gastronomy, demonstrating infinite possibilities in all sectors of entrepreneurship.

Constant positioning work is done through the communication of their philosophy and their life within the areas of pertinence.


here you can find out more about my daily work for bros':
IN Floriano
IN Isabella
IN Bros'
IN Meta
IN Roots
pellegrinobrothers.it